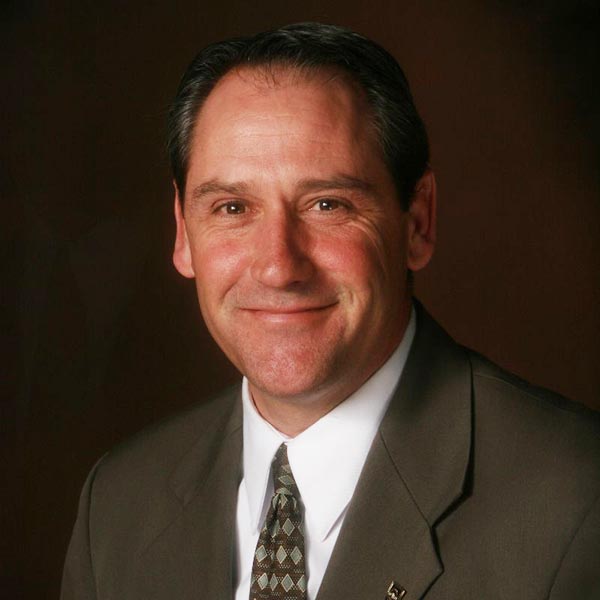 Tim Coleman has worked in the hospitality industry for 35 years. He began his career at the Marriott Marco Island Resort in Marco Island, FL., and worked his way up through the company to the position of Director of Food and Beverage at the Marriott City Center in Charlotte, NC.

He studied business at Edison Community College in Naples, FL. He also completed courses and certifications in hotel hospitality management, advanced specialty restaurant management, and culinary arts. He has been a member of the Club Managers Association of America for the past 20 years. 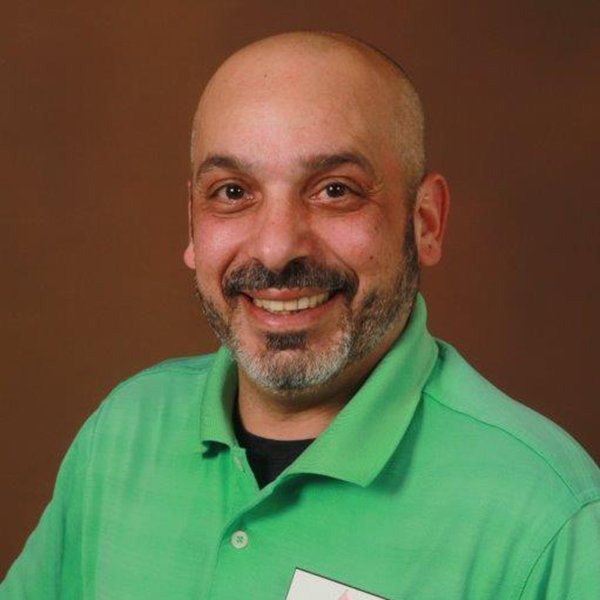 Director of Food and Beverage

Richie brings twenty-plus years of expert customer service, food, beverage, restaurant and catering experience to Stones River Country Club. Additionally, Richie is an accomplished Emcee and DJ with a success record of entertaining at over 250 corporate events, weddings, nightclubs and special functions. Richie grew up in the suburbs of Boston, MA and moved to TN several years ago. He served his country, as an aviation specialist, on the USS Nimitz aircraft carrier, where he honed his project planning, focused support, team coordination, program direction and customer service skills. After his Navy service, Richie worked as an event coordinator, program director and general function manager that has successfully guided over 500 events, functions and special occasions. These functions have ranged from 50 – 3,000 attendees. In his spare time, Richie enjoys golfing, adventurous outdoor sports and playing the drums. Richie currently lives in Franklin, TN and looks forward to enhancing the member’s experience with their food, beverage and catering requirements. 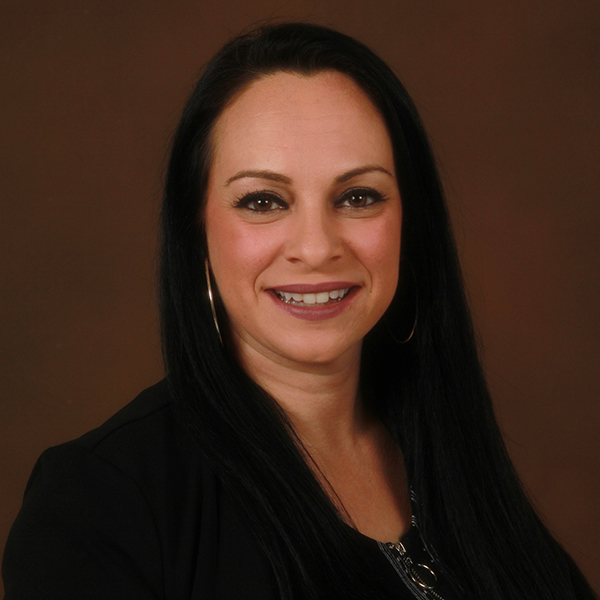 Renee’s creative ideas are always brewing, giving new energy to every event her team plans. She has the qualities of a successful event planner: thorough yet precise, expert knowledge, ingenuity in identifying and solving problems, communicative, and responsive to her clients. Through the years, Renee has established connections with an extensive network of trusted professionals to customize the best resources for each event. Her experience includes managing events of all sizes from corporate meetings to fundraising galas and celebrations. At Stones River, Renee will create a tailored menu and event design to fulfill your event vision Her three young children bring lots of energy to her life. Renee enjoys yoga, kayaking, the beach, fine dining and spending time with family, friends, and neighbors. She also enjoys supporting local charities and cooking with fresh ingredients. 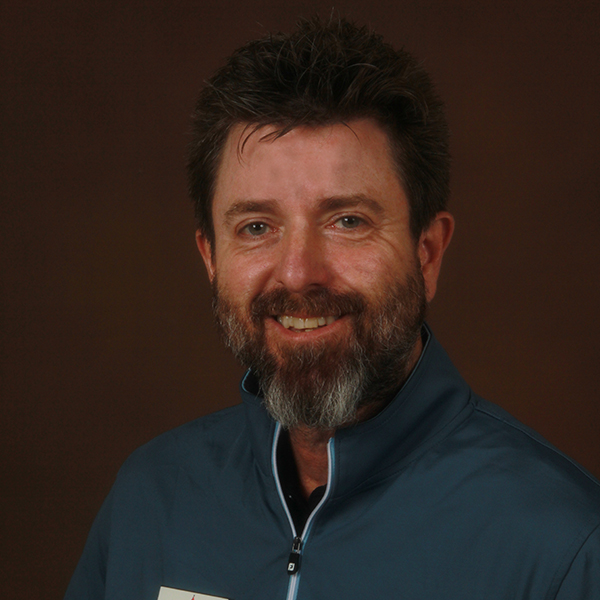 Vann entered the service industry as a dishwasher in 1992 on the south side of
Birmingham. He quickly advanced to serving and bartending in both Birmingham and Mobile AL, as well as Atlanta GA. Eventually, he landed in New Orleans and perfected his practice of fine dining and hospitality. Amongst the heavy hitters of the culinary scene (Smith &amp; Wollensky, Alex Patout’s, Ralph and Kacoo’s etc.), Vann mastered problem solving while thinking on his feet and employing novel solutions. After managing the bar at Alex Patout’s, Vann tried his hand in a different branch of hospitality as the valet/bell staff supervisor and night auditor at the Prince Conti hotel in the French Quarter, just a block off Bourbon Street. He and his wife made the decision to return to her hometown of Franklin TN for a change of pace. Most recently, Vann came to Stones River from Loveless Events, where he coordinated events from weddings to bat mitzvahs. Suffice it to say, Vann has had experience working essentially every sort of job related to hospitality. His understanding of the inner workings of the service industry makes him uniquely equipped to deliver tailor made event experiences. 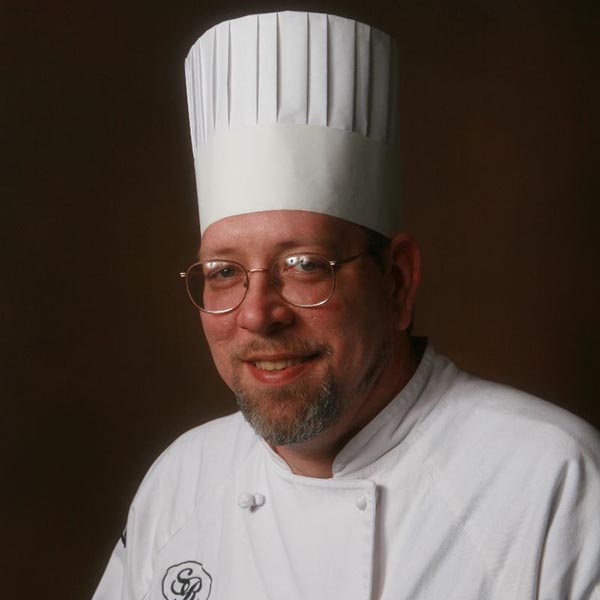 Jeff Richter has worked in the food service/restaurant management industry for 35 years. He began as a dishwasher and line cook at a full service family style restaurant and steak house in Windom, MN. He then took a position as sous chef and kitchen manager at a fine dining Chinese restaurant also in Minnesota.

Jeff then entered the US Navy where he further advanced his cooking career. After completing his enlistment he became a general manager of a pizza/pasta restaurant in Dallas, TX. He later took a general management position with a Dallas area Arby’s restaurant. During this time Jeff studied at Eastfield Community College where he completed food service management, culinary arts, and chef certification courses.

He then moved to Murfreesboro where he worked at Doc Holliday’s catering. Doc’s Top of the Town restaurant, and with Doc on the Broadway Dinner Train. Next, he joined MTSU dining as a catering chef and soon became the campus executive chef, a position he held for 12 years.

Jeff came to the SRCC in January 2006 working as banquet chef until taking the executive chef position in 2009. Jeff is committed to serving the highest quality, most satisfying food possible in order to give our members one of the finest dining experiences in Middle Tennessee. 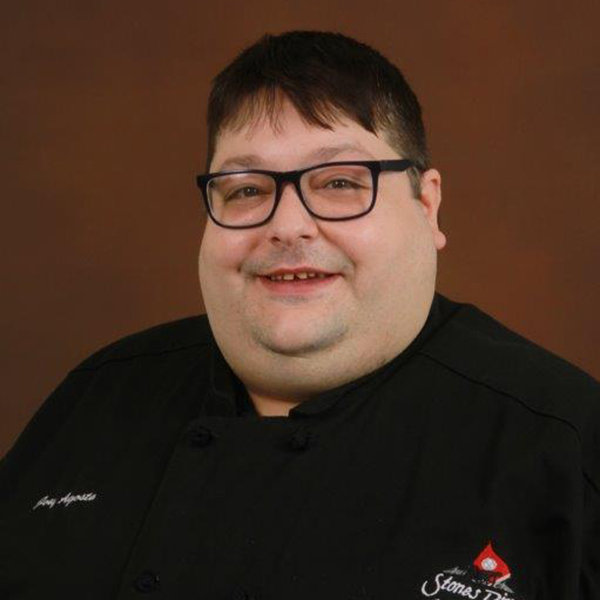 Cooking has always been a part of Joey’s life. He grew up with parents that ran a small catering business of their own and he was always very involved in the business. Joey moved from New York to Murfreesboro, TN in 1990 and attended Riverdale High School. After graduation, Joey went on to attend Nashville State Community College where he studied culinary sciences. In 2008, Joey moved to Marietta, GA to become the assistant baker at Avante Catering. He then went on to become the head cook/GM for Pigeon Mountain Grill from 2010-2013. Since April of 2014, Joey has been cooking for Stones River Country Club and prepares some of our most flavorful dishes. His hobbies, aside from cooking, include frisbee golf, video games and poker! 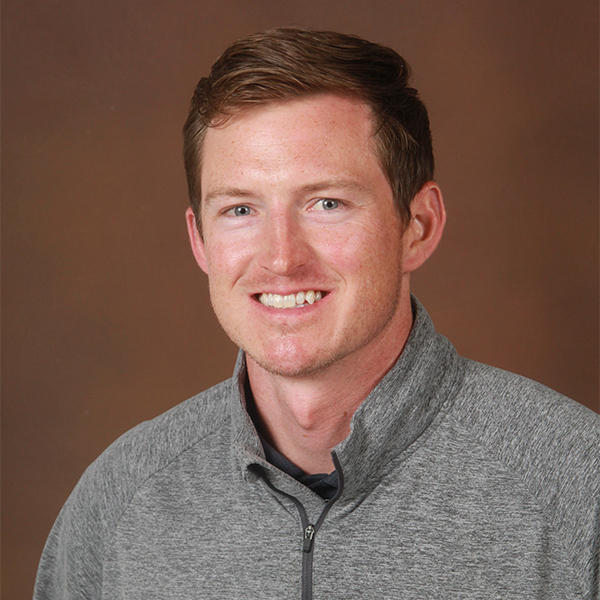 Born and raised in Clarkesville, Georgia, Thomas was introduced to the game of golf at an early age. Sports have always been a huge part of his life with both his parents being high school coaches.  Thomas succeeded at baseball where he played collegiately at Columbus State University in Columbus, Georgia before finishing his Bachelor’s degree at the University of Tennessee at Chattanooga.

Thomas and his wife, Abigail, have a son, Callum, and a labradoodle named Rudy. 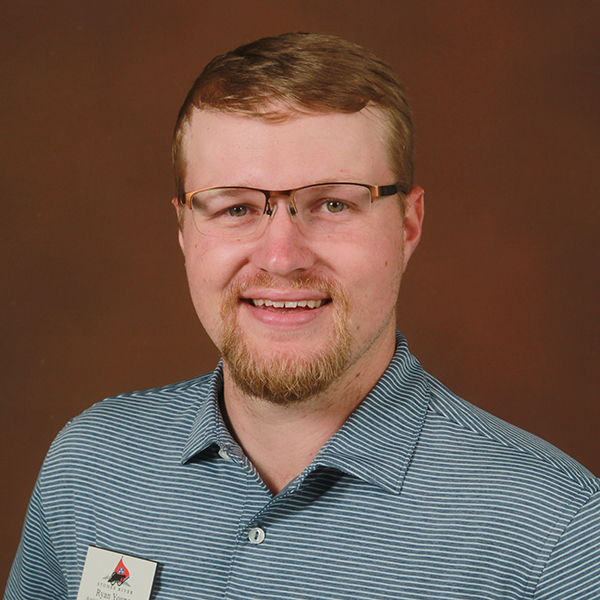 Ryan was born and raised on a farm in central Illinois and studied Business Management and Marketing at Judson University in Elgin, IL. He worked as an assistant at a Country Club in Chicago last year before recently moving to TN with his fiancé. He is currently working on getting his PGA work done and is very excited to be a part of Stones River Country Club. 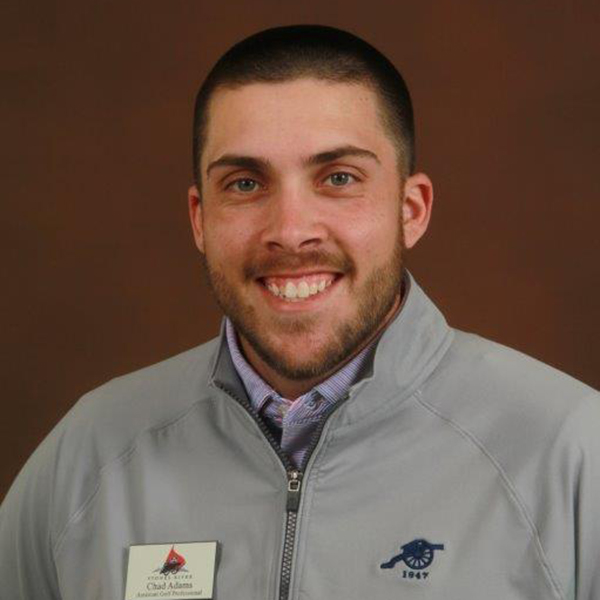 Chad was born and raised in Murfreesboro, where he graduated from Siegel High School in 2010. After high school he joined the Army and was stationed at Fort Bragg, NC with the 82nd Airborne Division as a Parachute Infantryman. During his four-year stint with the military, Chad expanded his love and passion for the game of golf and decided to turn it into a career. Once his contract was completed in 2014, he attended Methodist University in Fayetteville, NC. While going to school, Chad worked summer internships at Belle Meade Country Club in Nashville, TN and Don Law Golf Academy in Boca Raton, FL. Following his graduation in 2019 from Methodist he was hired as an assistant golf professional at Stryker Golf Course on Fort Bragg, NC. He is continuing to finish up his PGA certifications and is excited to be back in Murfreesboro as part of the Stones River Country Club team. 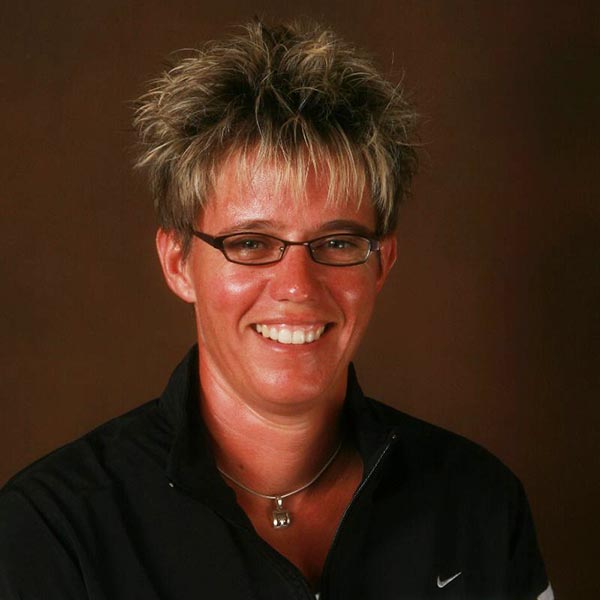 Lorinda Weiss has been the Head Tennis Professional at Stones River CC. since 1993.  Formally from South Africa, she came to the US on a full tennis scholarship to MTSU, where she played the # 1 in singles and doubles for the Blue Raiders.  She earned her bachelor’s degree in Business Administration (’89-’92).  She is both USPTA and PTR certified. 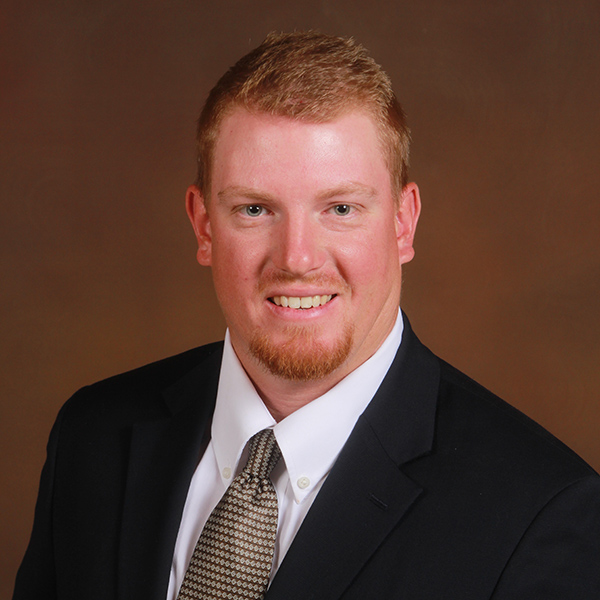 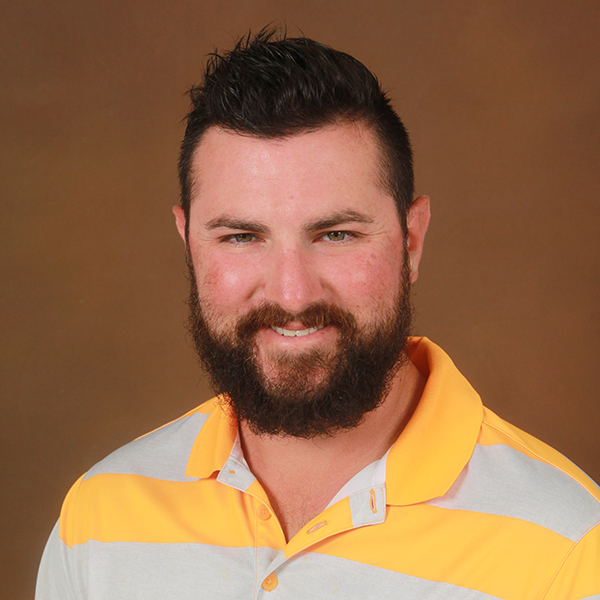 Zach Cannon, a Murfreesboro native, joined the agronomy staff at SRCC in 2016, and became an assistant superintendent on the golf course in 2022. He graduated from MTSU with a Bachelors of Business Administration in Marketing. When he’s not busy helping perfect the course, you can find him spending time with friends and family, traveling, and working out. 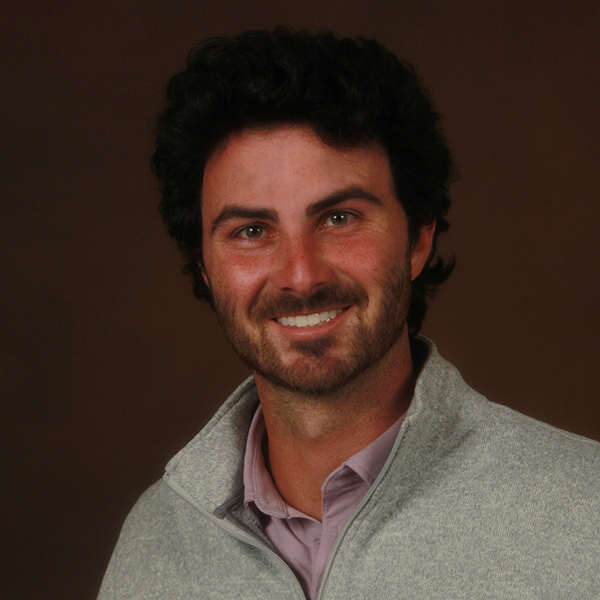 David Sweaten was born in Pittsburgh, Pennsylvania and moved to Murfreesboro, Tennessee in his youth. He went on to attend Middle Tennessee State University where he played on the baseball team and earned a Plant and Soil Science Degree. Before becoming the Assistant Superintendent at SRCC, David held the title of Assistant Superintendent at the Lakewood Country Club in Tullahoma, TN. David is engaged to be married to his fiancé, Chelsey, in December of 2020. In his spare time, David enjoys being outside, golfing, working out, softball, hanging out with his friends and having a nice glass of wine. 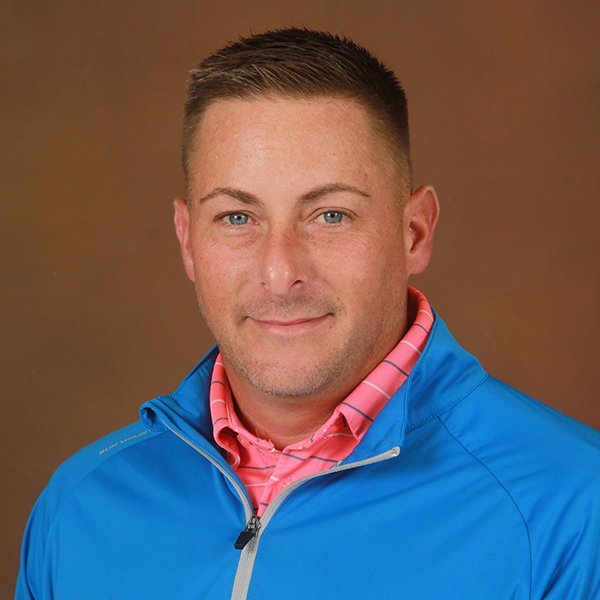 Casey was born and raised in Lascassas, Tennessee. He moved to Niceville, Florida and attended Oakaloosa Walton College on a baseball scholarship. While at Oakaloosa Walton, Casey studied Physical Education. After his time at Oakaloosa, he went on to play Minor League Baseball for the Fort Walton Jets and the Minnesota Twins. Casey has had a long term career with SRCC, as he was the Maintenance Manager at Stones River Country Club for 8 years. Casey is the current Agronomy Equipment Manager for Stones River Country Club and is the father of two beautiful daughters. 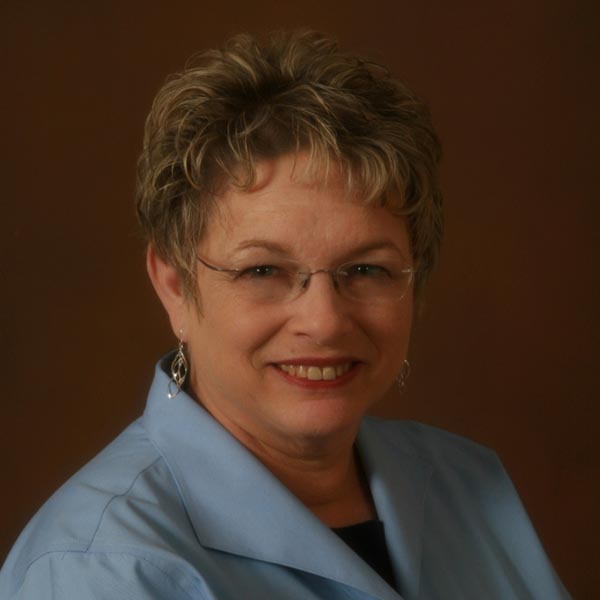 Carolyn Waldron is the Accounting Manager of the Stones River Country Club, where she began working in January of 2011. She is a native of Rutherford County and Murfreesboro.  She studied at Middle Tennessee State University before going on to Memphis State University and Austin Peay State University, where she earned her BS degree in Accounting. Her experience over thirty years in accounting varies from working with CPA accounting firms and small businesses to dealing with large manufacturing companies, handling multi-million dollar sales. Along with many others, her major responsibilities are the Payroll and Human Resources Officer for the Club employees and the monthly compilation of the Club’s financial statements for the Board of Directors. If you were to talk to Carolyn for very long, you would soon find that her 2 children living in Smyrna have provided five grandchildren that are all a very important part of her life. 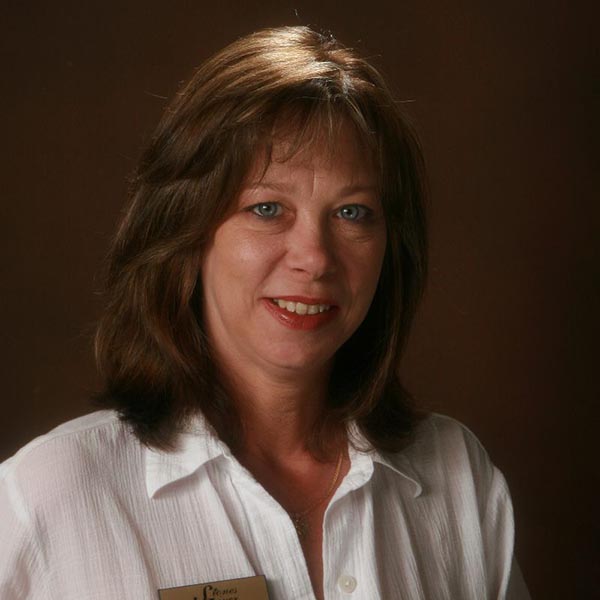 Beth Long started at Stones River Country Club in August of 2005.  Prior to that Beth worked for the Clarksville Country Club for seven years before moving to Murfreesboro to be closer to her sister.  Beth enjoys the many hats that she wears at the Club.  If you need to schedule bridge, have questions on your statement or have membership questions please give Beth a call.